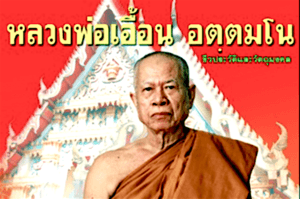 Luang Por Uean is abbot of the temple of Wat Wang Daeng Nuea in Wang Daeng Municipality, of Pra Nakorn Sri Ayuttaya. He is a very famous Gaeji Ajarn Master Monk, seen present in major Buddha Abhiseka amulet blessing ceremonies around the whole country, invited because of his abilities empowering amulets. He is invited to many dozens of ceremonies each year to bless amulets, and assist in ensuring their magical power. 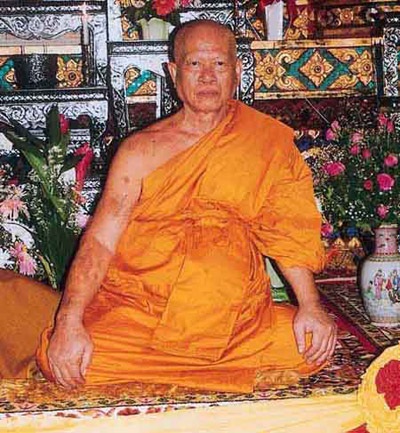 Luang Por Por Uean was born with the laymans family name of ‘Uean Pantamit’. He was born on the 1st September 2483 BE, in Ban Wang Daeng, Ta Ruea County, Ayuttaya Province. His father was a traditional medicine practitioner, and was an expert in spiritual and herbal healing of illnesses and ailments using a combination of herbology, and magical incantation (Kata Akom). Luang Por Uean had seven siblings. 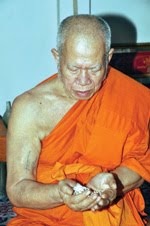 As a young boy, the young Uean did not like being playted tricks on opr teased, and would not stand for such behaviour when other children would try to bully or bother him. He would always respond by showing them he would not fall for it, and would always fight back. Early on in his childhood, he stopped having many problems with other kids, because they already knew now, that it wasn’t worth it to try to take him on, and that it would only cause the young Uean to respond in the same or worse manner.

When he finished primary school, he left to help his parents with the farming, looking after and tending to the oxen, going to catch fish, gather the hay. When his work was finished each day, he would spend his free time in solitude, for he did not like crowds or excitement.

in his adolescence he spent the time unobtrusively helping his parents and being helpful to his friends and family, Luang Por Uean himself admits that by the time he was approaching coming of age and ready to ordain into the Sangha, he was already bored with the life of a Lay Person and the Household Life. This was because he was observant, and had seen many of his friends and family already encountewr many of life’s problems and worries, and how it consumed their lives. He saw the senselessness of clinging to things which are impermanent, as he saw people lose their relatives and loved ones, get ill themself and die. So even before his ordination, it had already become clear to him that the enticements of the lay life were mere chimeras, and not to be trusted as a source of everlasting happiness. because his father was a spirit doctor and healer, he saw more than his share of suffering in the people who came to be treated. 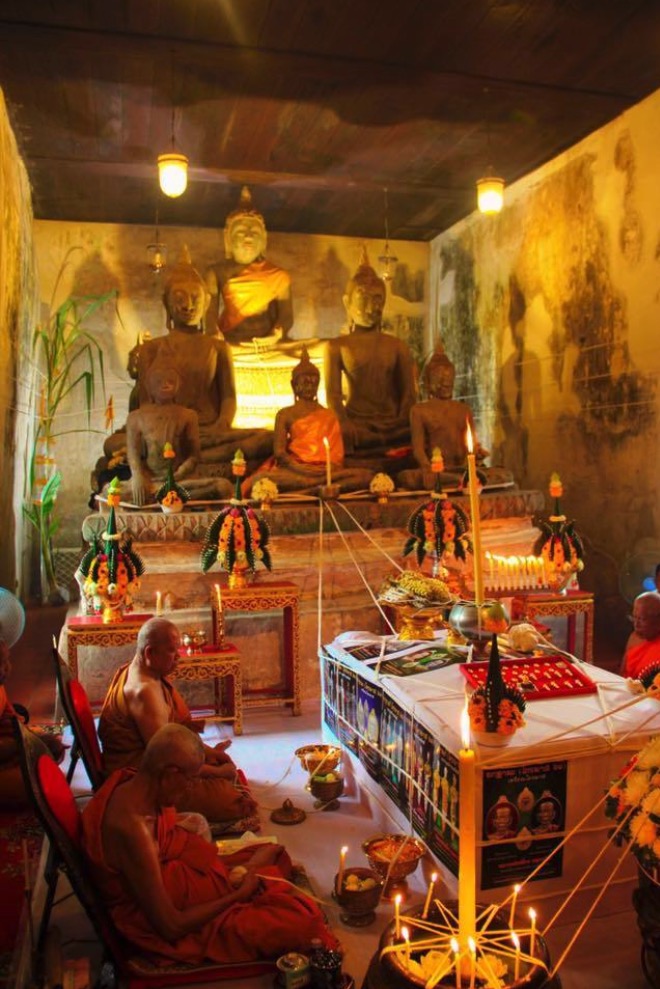 He contemplated how all who are born must get old, sick and die, and even if rich may be robbed, or handsome may lose one’s personal beauty with age, and that life brings great suffering. And so, when the young man Uean reached the age of 22 Years old, in2503 BE, he was Ordained at Wat Beung in Ta Ruea, Pra Nakorn Sri Ayuttaya. Once he ordained he began to study and practice Vipassana Kammathana Mindfulness methods, in the style of the Wicha of Luang Por Dtab, of Wat Makham Riang, in Sra Buri. He also studied the Wicha of making Yantra Inscriptions from Luang Por Dtab, receiving a multitude of different spellcasting methods and secret inscriptions, the method of making and empowering Palad Khik, Mitmor, and other powerful amulets.

Luang Por Uean practiced diligently under his Kroo Ba Ajarn for many years up to the year 2516 BE, when his Merits were already well known within the Sangha, and he was called upon to go and become the abbot of Wat Wang Daeng. Since his arrival and administration as abbot, the temple has grown continuously at a constant rate, which has served to increase the faith of the devotees of the Province, and indeed all around the country, and made the temple of Wat Wang Daeng a famous temple on a National Level.

Luang Por Uean is now not onkly a household name in Thailand, but is also now famous around the world, with devotees in many countries. Devotees from around Southeast Asia, Malaysia, Singapore and Hong Kong travel to the temple for his blessings. He has made many different kinds of amulets for his devotees (Looksit), which are reputed for their Klaew Klaad Metta Maha Niyom, Kong Grapan Chadtri powers. Amongst his many famous amulets, his most revred and sought after are perhaps his Takrut Hnaa Phaag Suea tiger forehead skin Takrut using Wicha Luang Por Dtab of Wat Makham Riang, and the Takrut Solos Mongkol, Mitmor Spirit Knife (Wicha Luang Por Jaem). 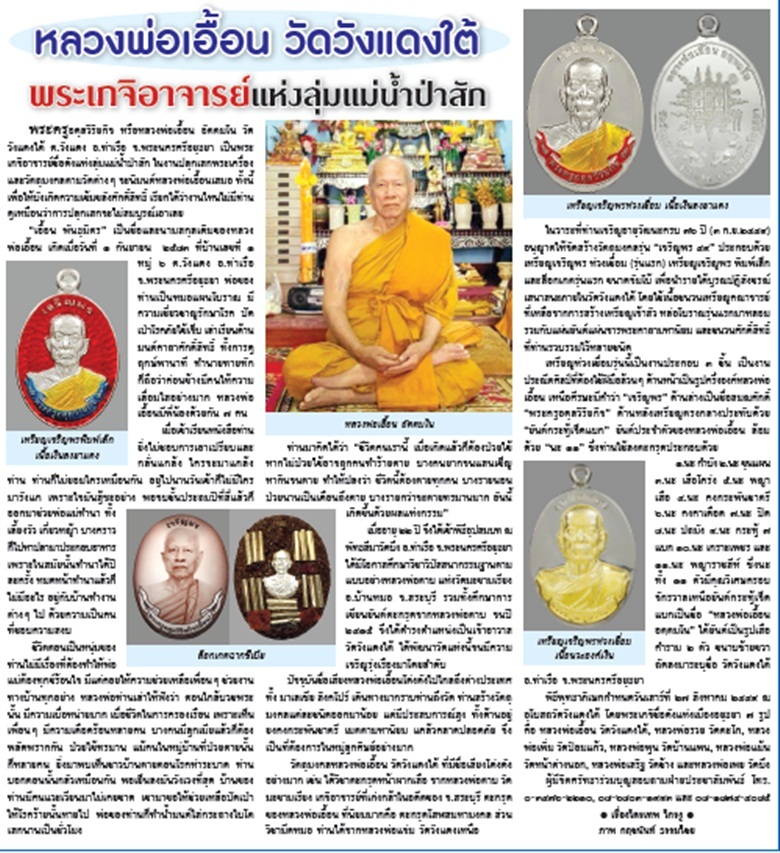