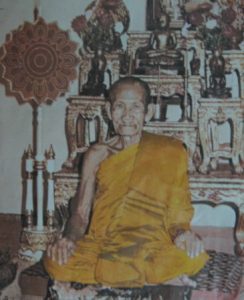 Pra Kroo Prasat Khantakun, or, ‘Luang Por Mum Intabanyo‘, was the abbot of Wat Prasat Yer Temple in Sri Saket, and is one of the great Tudong Masters of the Isan Country.

During his ordained life, he spent many years living in the mountainous jungles of the Thai-Khmer border regions, mastering his Kammathana Mindfulness and Wicha Akom sorcery. After many years, he returned to stay at Wat Prasat Yer, which was the municipality in which he was born, and remained there to perfect his practice, and to use the powers found in his years of practice in the forest, to do charitable deeds for the people of his home region.

His amulets enjoy a cult status, with collectors of the Genre, especially his Rian Kanajarn Monk Coins, which were released in various years, all editions becoming Pra Niyom category preferred amulets. They were released in the following years;

2507 BE saw the release of the ‘Rian Run Raek‘ first edition coin, which was collected in two models, ‘Pim Sor Hang San’ (short tailed Thai letter ส), and the ‘Pim Sor Hang Yaw’ (long tailed Thai letter ส). Various other amulets were released which are still in need of further documentation,
2508 BE saw the release of the Riang Glom Luang Por Mum coin, which was made to distribure to local devotees who visited the temple to pray, practice Dhamma, and make Merits of Almsgiving. 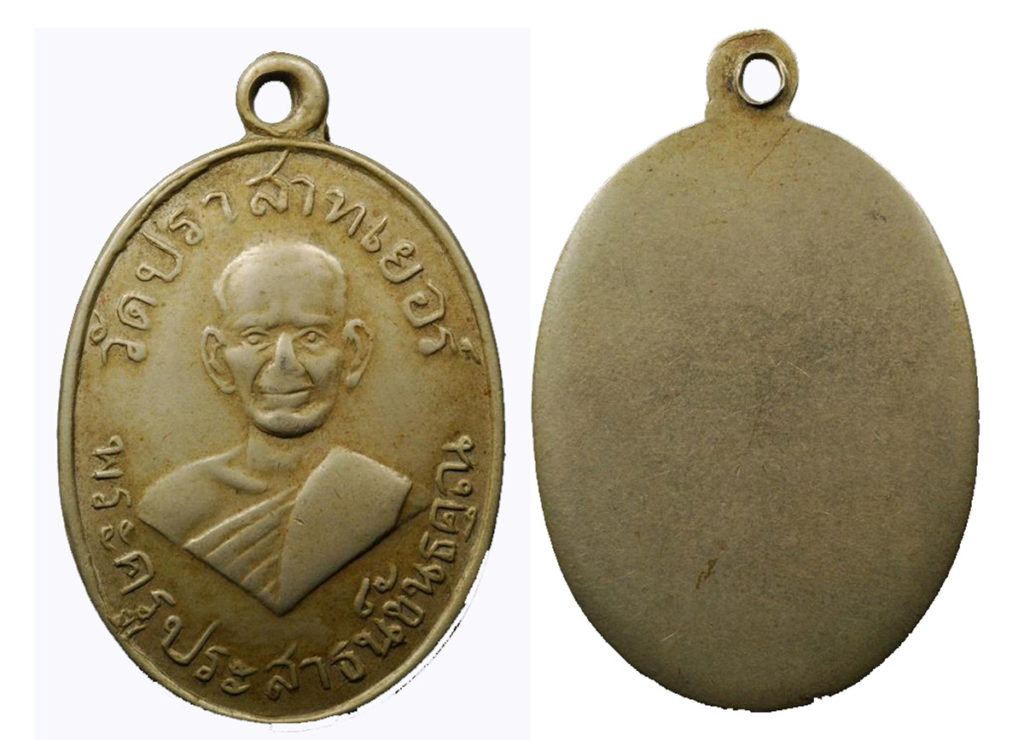 2509 BE saw a series of different amulets released sponsored by the committee of devotees of Luang Por Mum. Not all amulets in this edition were documented for posterity, for a complete documentation of the pantheon has still to be compiled. Those which are known are; the Pra Kring Sor Gor, 1st edition finger rings, Roop Tai photos of Luang Por Mum, Roop Lor Boran Loi Ongk Statuette in the image of Luang Por Mum, the 1st edition Takrut, and the Rian Luang Por Bun Ma coin which was made in reverence for Luang Phu Bun Ma, who was one of Luang Por Mum’s Kroo Ba Ajarn. A large Buddha Abhiseka ceremony was given to bless the dition, with a number of some of the greatest Master Monks of that Era present to assist in blessings and empowerment.

2510 BE saw the release of the Rian Sorng Ajarn monk coin with Luang Phu Bun Ma on one side, and Luang Por Mum on the other side of the coin. This edition also saw Pha Yant, Takrut, and various models of Muan Sarn Sacred Powder amulets released. 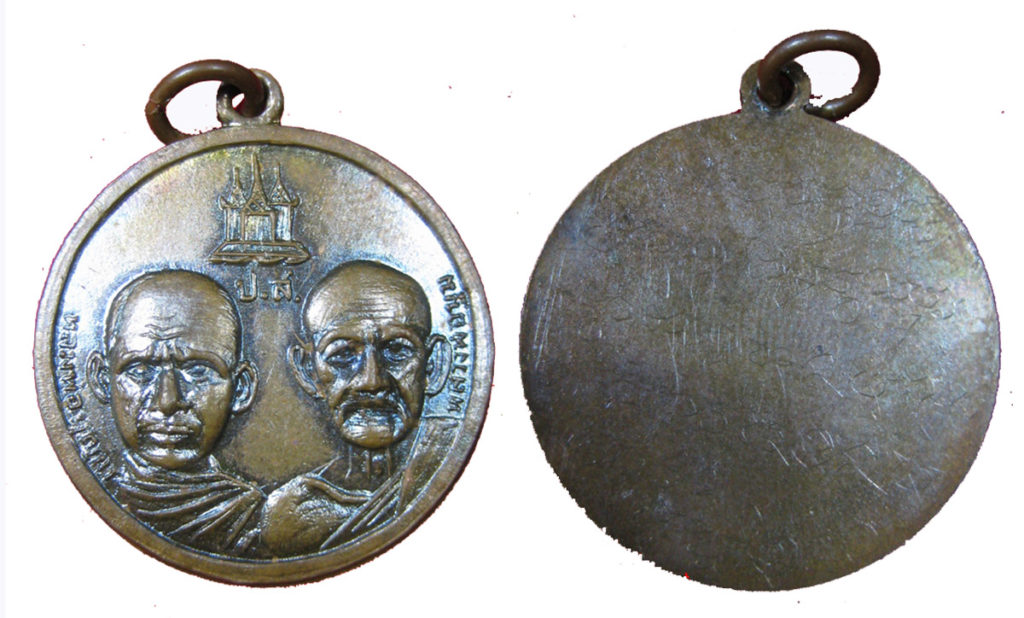 2512 BE saw the release of the Pra Chaiyawat Luang Por Mum, which was in truth the second edition Pra Kring after the Pra Kring Gor Sor 3 years before. This 2512 BE edition also featured the Rian Roop Arm coin, and the 3rd edition Finger Ring 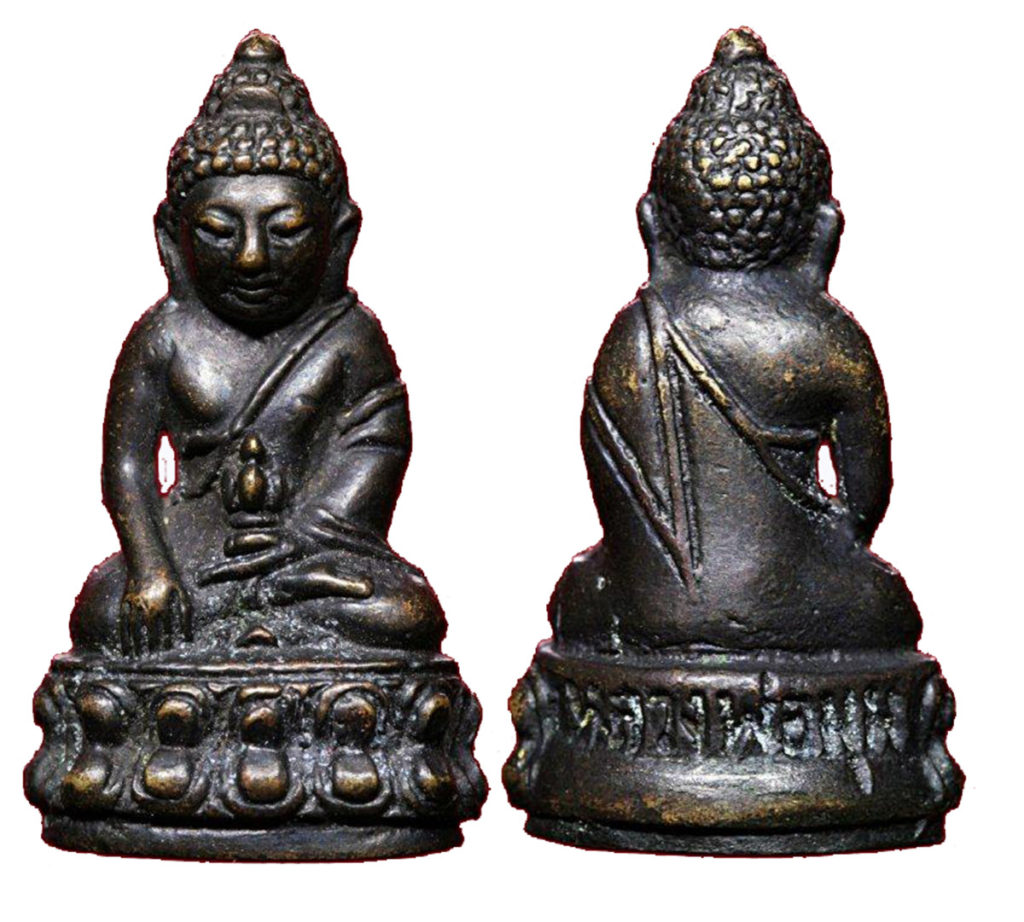 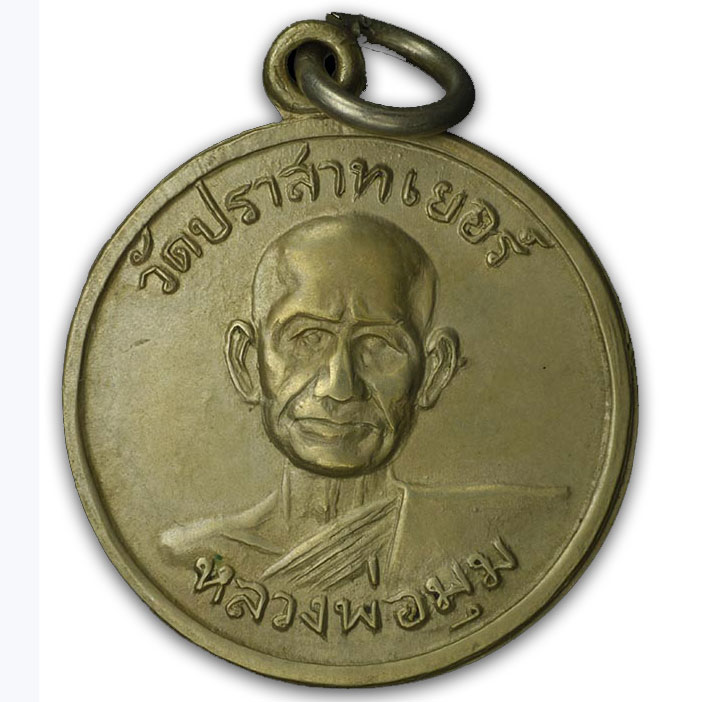 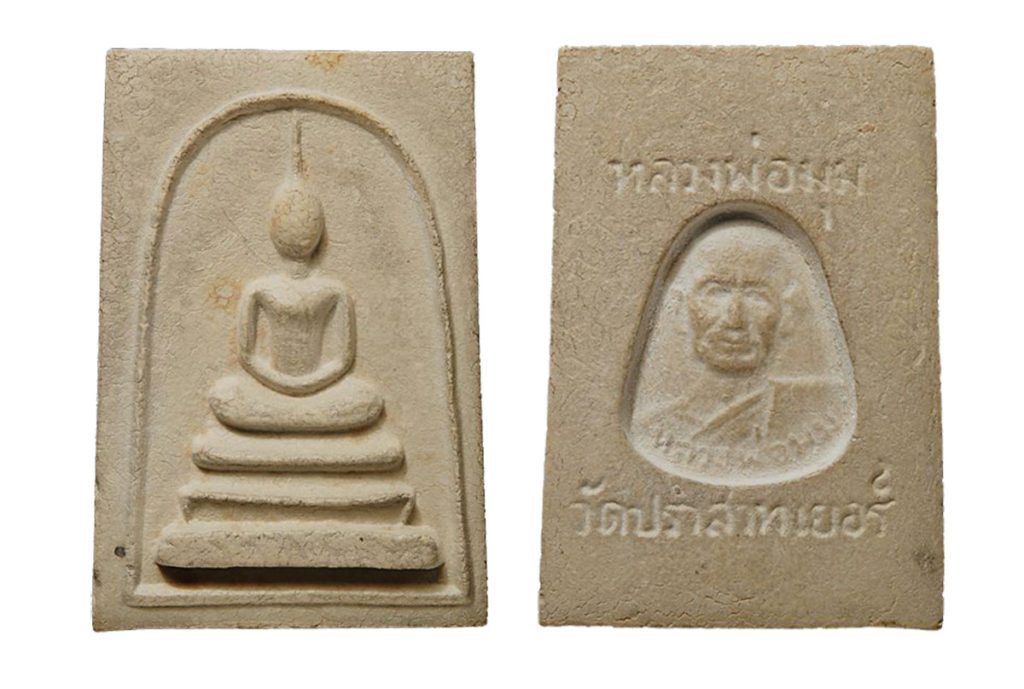 The year 2516 also saw one of the most interesting amulets with an amazing story behind them released, when a regiment of G.I.s from the United States arrived in Udorn Thani in preparation to fight the Vietnam War. The American soldiers took some of Luang Por Mum’s amulets to shoot at with their guns to test if their magic was real or not. It turned out that their guns would not fire, and so the G.I.s were amazed and filled with faith in Luang Por Mum. they thus traveled to the temple in Sri Saket, and asked if they could fund an edition as sponsors, to make for protection. And so the famous Papa Mum coin (PAPAMUM) was made by the G.I. soldiers, along with some Pra Somdej with english writing on them, and some small round Pim Jantr Loi Muan Sarn Sacred Powder amulets also with english writing. 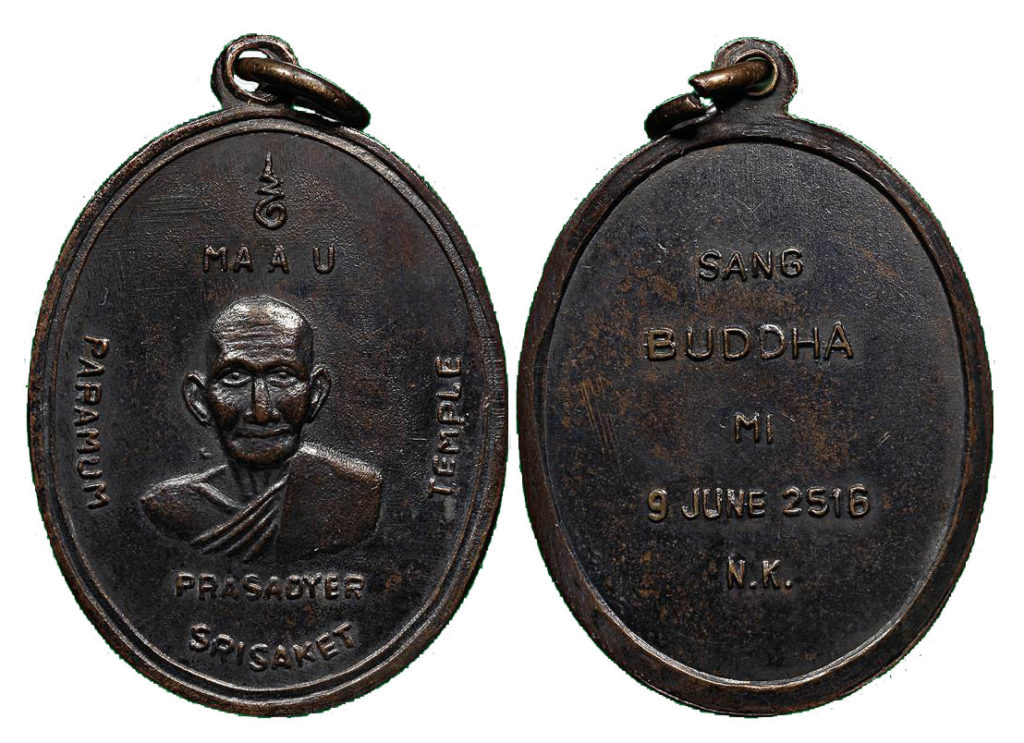 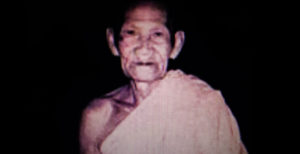 2517 BE – Pra Ajarn Fern, the abbot of Wat Intrawiharn (Bang Khun Prohm) in Bangkok, collaborated with the Munlaniti Prasat Khantakun Foundation of Luang Por Mum to create an edition of amulets, blessed by Luang Por Mum at Wat Prasat yer Nuea, which were then given to Pra Ajarn Fern to take to Wat Intr (Wat Bang Khun Prohm) to empower further and distribute. The amulets were distributed and funds from donations of devotees were used to pay for the construction of a wall around the Uposatha shrineroom of Wat Samakee Patanaram temple, and to perform restorations at Wat Prasat Yer. 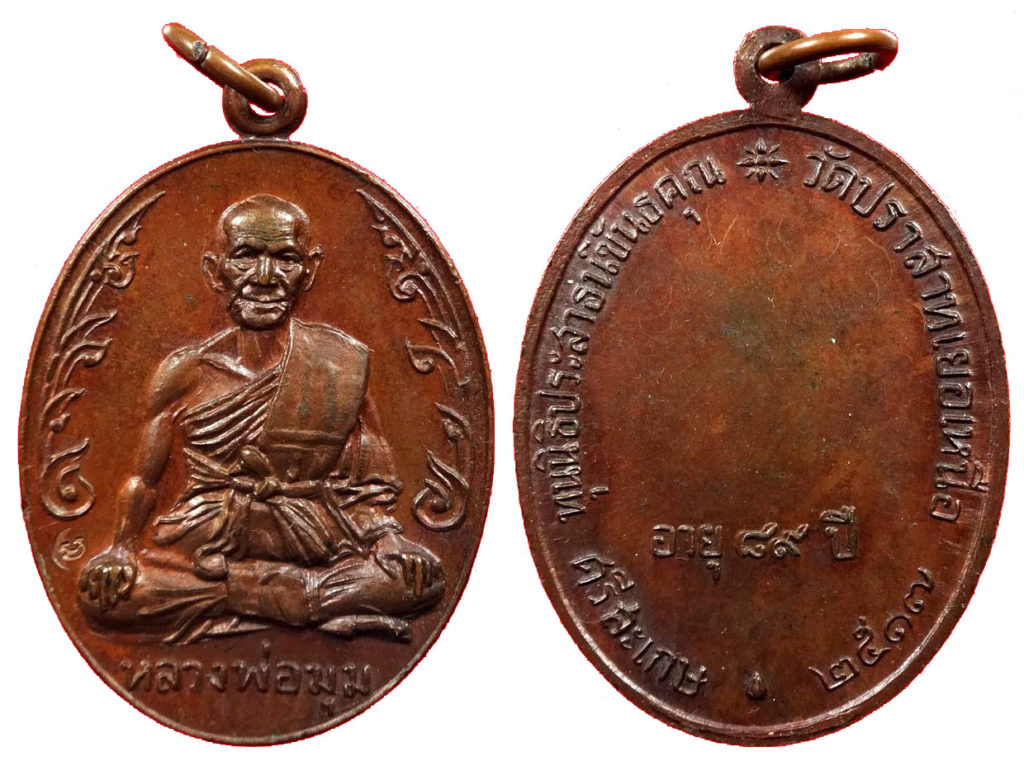 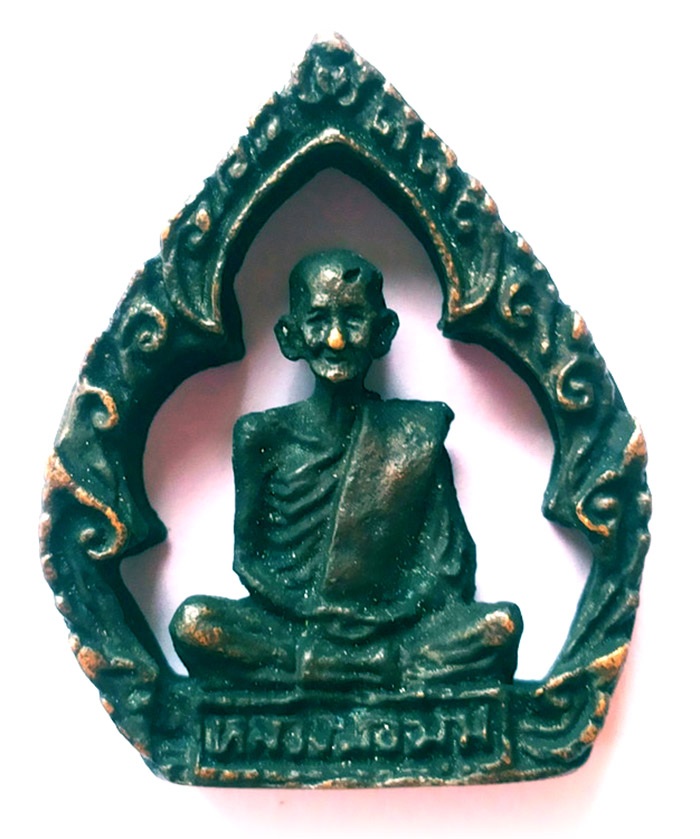 2520 BE – the Bangkok Bank company asked permission to donate and make merits to create and sponsor the Rian Dork Bua Lotus coin amulet, in two models, the Pim Hnaa (thick) and Pim Bang (thin).The coin has a lotus design insignia on it which is also the logo of the bangkok Bank, and was released along with some Pra Nakprok powder amulets, some Roop Lor Loi Ongk Statuettes, Bucha statues, Takrut and Pha Yant. 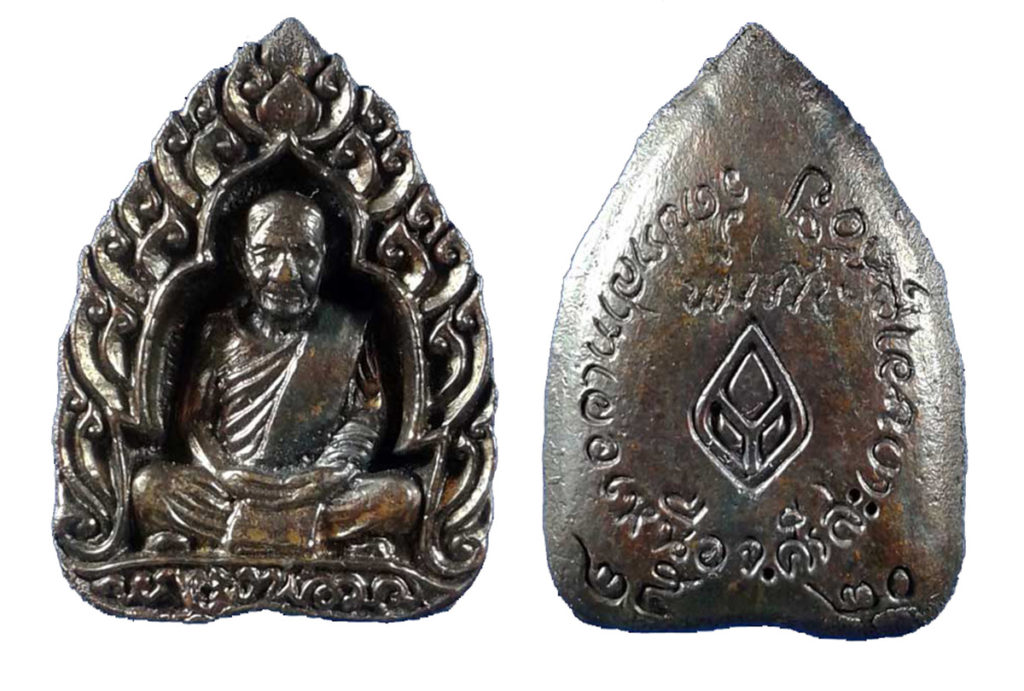 The Roop Lor Loi Ongk Statuette’s Takrut and Talismanic Charms, such as his Magic Rings, are legendary for the many stories of miraculous events with devotees who wore his amulets, especially during the Indo-China – Vietnam Wartimes. The famous 2516 BE PAPAMUM coin of the American G.I. sponsorship is considered to be a Miracle amulet with powerful Kong Grapan Chadtri Klaew Klaad Maha Ud magic.

The ‘Krueang Rang’ Talismanic Occult charms of Luang Por Mum were manyfold, including ‘Hwaay Look Nimit’ Rattan Arahant Balls, See Pheung, Pha Yant, Rianr R.5 (Rama 5), Roop Tai *(Monk Photos), Mai Phai Dtan Magic Bamboo, Mitmor ritual knives, many kinds of Takrut large and small, and carved Animist Charms in ivory, wood, bone and tooth. His talismanic charms were not made with a particular uniform design, mostly with each amulet looking individual, and made by hand one by one.