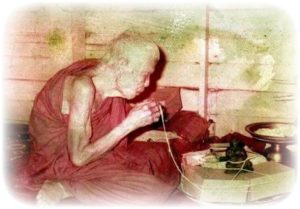 Luang Phu Ban was ordained as a Samanera Novice Monk, at the age of 15 years old in the year 2450 BE at Wat Sandonrom. Luang Phu Kroo Ba Ma was his Upachaya Ordaining Officer.
After a while, Luang Phu Ban moved to Wat Pradtuli which is now known as Wat Sangkaram in the present times. 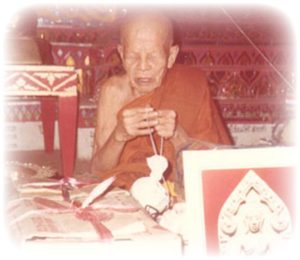 As time passed, Luang Phu Ban’s relatives began to nag him to disrobe and come to help them with the farming work, which was overtaxing his relatives, who were in great need of assistance. But Luang Phu Ban refused to disrobe, and moved away to evade the temptations to disrobe, to go and stay at Wat Chai Monkgol. 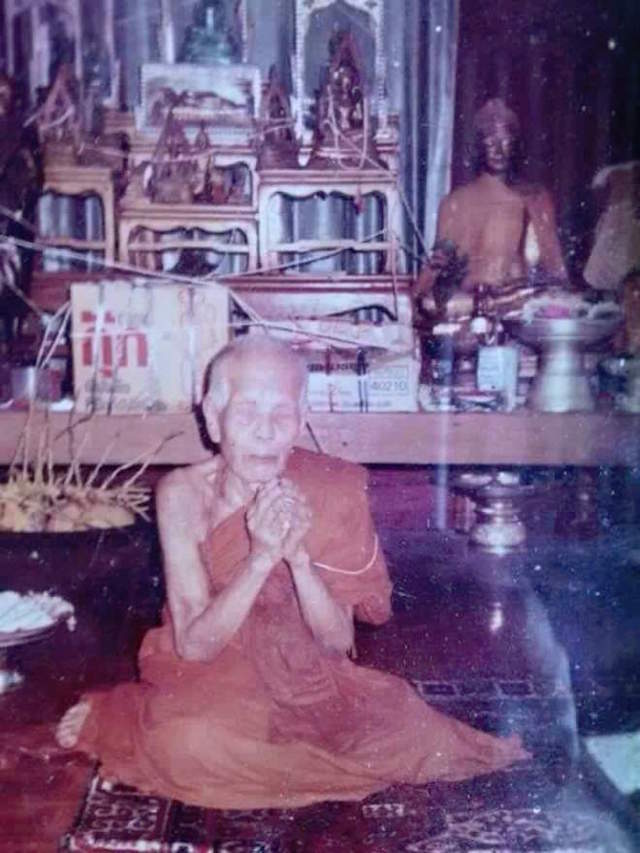 Luang Phu Ban came from a very impoverished household, and so was not able to afford to be fully ordained, and this is why he remained a Samanera Novice for so long, up to the age of 22.

The Monk Jao Rachapatigawongs felt sorry for him, and so offered to be his Guarantor and pay for his robes and the costs of the Ordination Ceremony as a fully fledged Bhikkhu.

Kroo Ba Gandta of Wat Pratat Haripunchai in Lampun, was his Upachaya this time, with Kroo Ba Gandawongs and Kroo Ba Dtan as his ‘Koo Suad’ (two monks are appointed to prompt a Bhikkhu who is being Ordained, in the long Ceremony of Chanting which is not allowed to be read from a book, rather, must be chanted from memory). 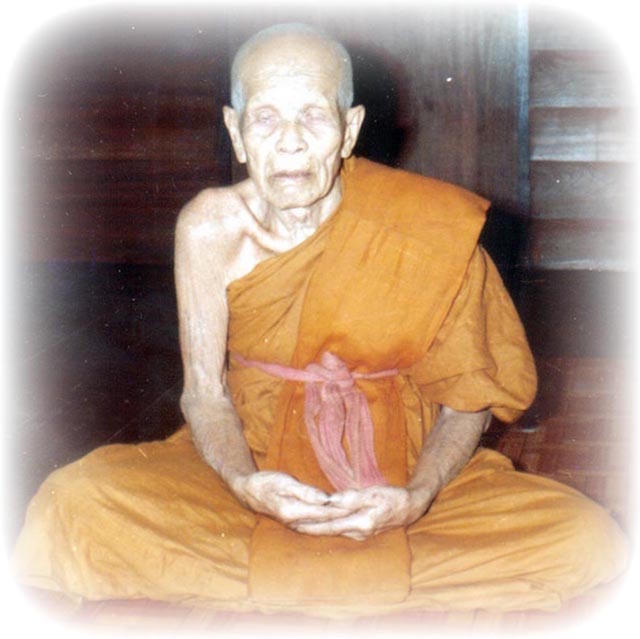 Luang Phu Ban remained at Wat Chai Mongkol after his full Ordination for many years, until at some point he travelled outwards to Tak Province, and continued to travel on Tudong, through the Province of Lampun, and into Lampang Province, seeking experience in solitude. During this Tudong wandering, Luang Phu Ban met Luang Por Fa Yuean, who was on his way to pay reverence to the Relic Stupa in Tagong in Burma.

Luang Phu Ban asked Luang Por Fa if he could accompany him, travelling back through Tak and Mae Sod Provinces and entering Burma through the forests. Once they had reached the Relic Stupa at Tagong, and payed reverence, Luang Phu Ban then returned back to Tak Province before the beginning of the rainy season, to find a temple to stay in during the Khao Pansa rainy retreat (Monks are not allowed to wander during the rainy retreats). 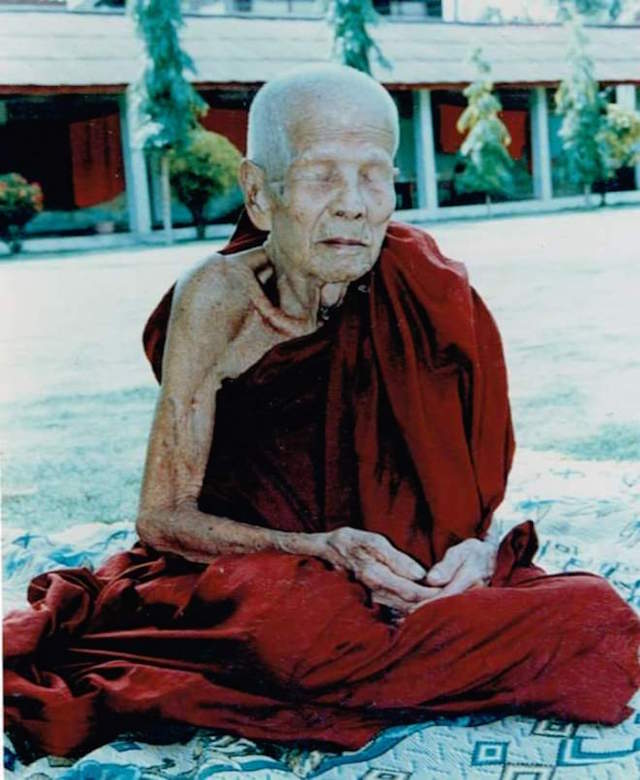 Luang Phu decided to stay at Wat Praw during the retreat, and gathered more experience and developed his practices there, until after the retreat he moved on to Wat Dong Yang, in Ban Tak, where he remained for one year. After this, Luang Phu Ban moved to gather more experience and develop Wicha and his practices of Austerities at Wat Pha Yang Ging, in Sam Ngao, Tak Province. As he was staying there, the Abbot passed away, and the devotees and local Sangha begged Luang Phu to take the place of the deceased Abbot for a while until they could find his successor. Luang Phu Ban agreed to do the duties until a new Abbot was found, and after the new Abbot was elected, Luang Phu Ban was asked to go to Wat Hua Ban (a temple that is now deserted in the present day). 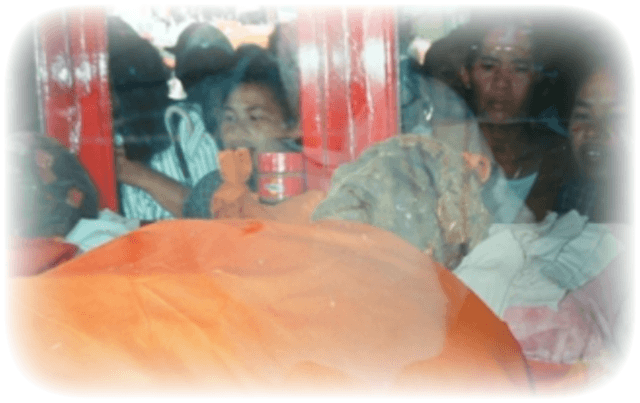 Luang Phu Ban remained at Wat Hua Ban for 2 years, and then he was hit with Malaria, and became very ill. Kroo Ba Inta of Wat Pha Yang came to look for him and took Luang Phu ban to be taken care of at Wat Mae Ya, to recover.

Once Luang Phu Ban had recovered from the heavy illness of Malaria, he remained at Wat Mae Ya for many years as one of the temple monks, until, one day, the Abbot of Wat Mae Ya passed away. Luang Phu Ban was elected to become the new Abbot of Wat Mae Ya, and there he remained, throughout the rest of his days, until his own passing at the very old age of 102 years old, after 80 years of Ordained life as a Buddhist monk. 64 of those Ordained years were spent at Wat Mae Ya. 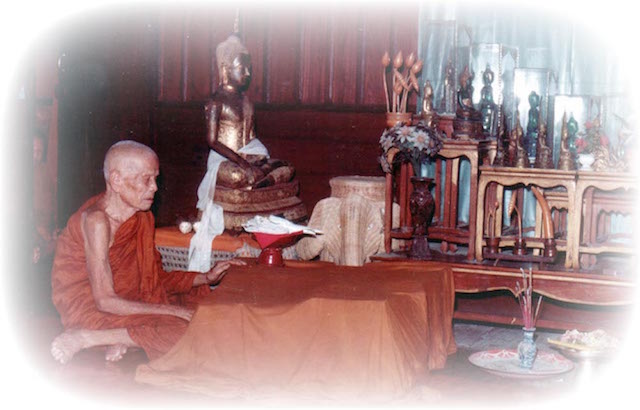