Luang Phu Yen Thanaradto (21/3/2445 BE – 12/52539 BE), was famous for his Dtua Por Pan Pitsadarn (wierd letter P) amulets, and was an Olden Days Master famed for his good humor, ability in teaching Dhamma in a fascinating way that is not boring, and most notably for having built the temple of Wat Sra Bprian and the Sathaani Anamai Health Building in Chainat. 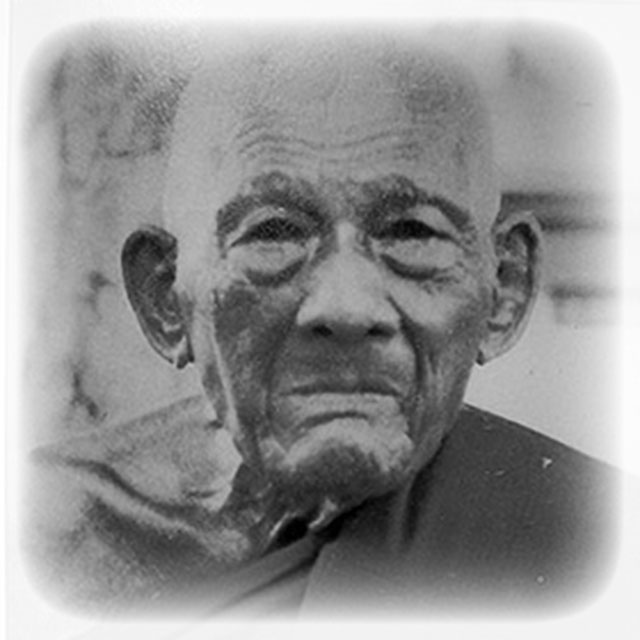 He did this with funds raised from his faithful devotees who flocked to him in Faith for his Purity of Patipata and his Great Metta, and his Miraculous Letter P Amulets, which he received the secret of the Wicha from the Mysterious and Legendary Miracle Monk, Luang Phu Taep Loke Udorn.

Luang Phu Yen learned Wicha Akom with Luang Phu Sri of Wat Pra Prang, and Luang Por Im, of Wat Hua Khao. He was also famous not only for the P Pan, but also for a special Wicha he learned from his Masters, called ‘Wicha Mer Yaw’ (Long Arm Magic). He was a great friend and companion, of the great Luang Por Guay of Wat Kositaram.

Once upon a time, Luang Phu yen was staying for rainy retreat at Wat Rakang Kositaram temple. One day, Luang Phu Yen saw a young Monk walk past his Kuti hut, and Luang Phu Yen invited him to drink some tea with him.

As they partook of tea, they conversed about ordination and learning the Buddha Dhamma. The monk told Luang Phu yen that he had lots of experience, and should go wandering on Tudong (Ascetic Solitary forest wandering). But Luang Phu yen said that he preferred to build a temple as his work for this lifetime, but that he didn’t have a clue how he should achieve such a thing. 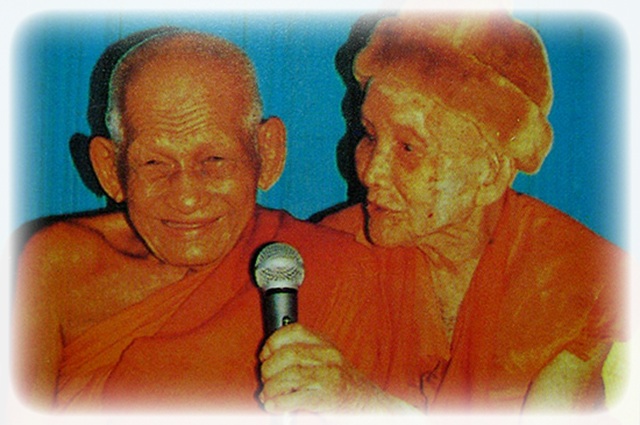 He then performed a final spell at the end and blew it over the Por Pan Pitsadarn Letter P. He then taught the whole formula of making and empowerment of the Dtua Por Pan Pitsadarn, to Luang Phu Yen, in all its facets and subtle depths as to how the secret method of empowerment is performed. Luang Phu Yen then bowed down to the Monk in thanks and respect, but as he looked up again, the Monk had mysteriously disappeared into thin air! But Luang Phu Yen remembered he appearance of the monk very well in his memory. 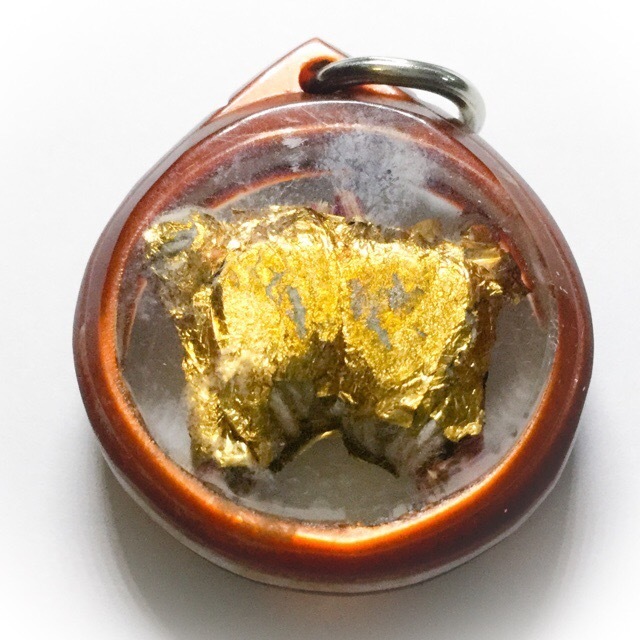 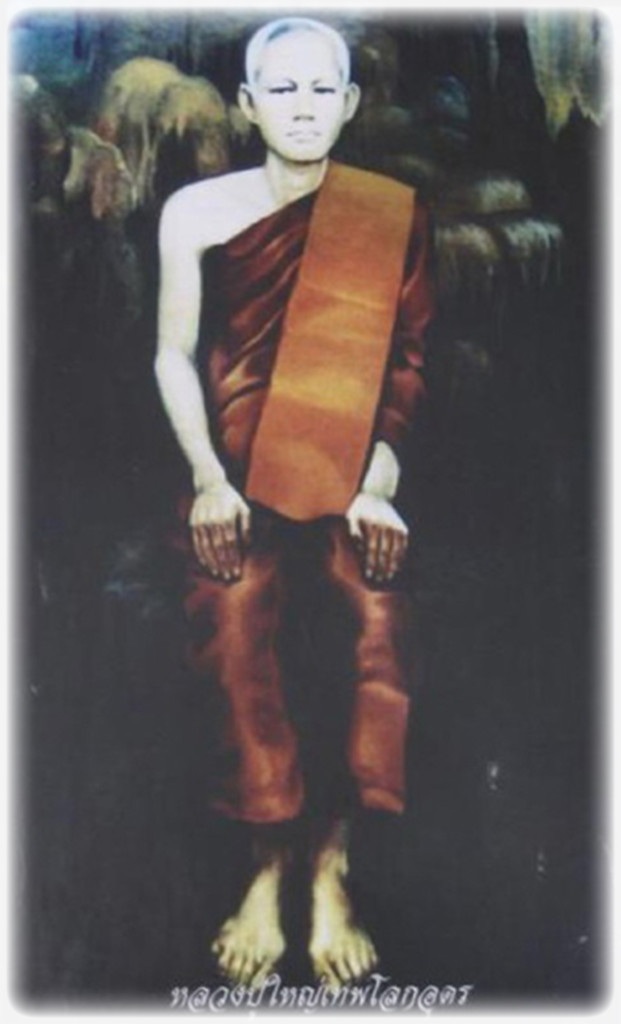 After this, Luang Phu Yen began to make the Dtua Por Pan Pitsadarn, empowering them with the Wicha he was taught, and developing and discovering the secret methods in his practice. He managed to fund and build the temple of Wat Sra Bprian with the merits made from Devotees receiving the Dtua Por Pan, and with the ever increasing Faith of the People of Chjainat, he received the support necessary from the Folk, to acheive the Meritorious Deed of building a Buddhist temple. He also managed to build a Sanitary Station and Offices for the Ministry of Health and the Local Folk to have Higher health Standards, called the ‘Sathani Anamai Hua Den’ 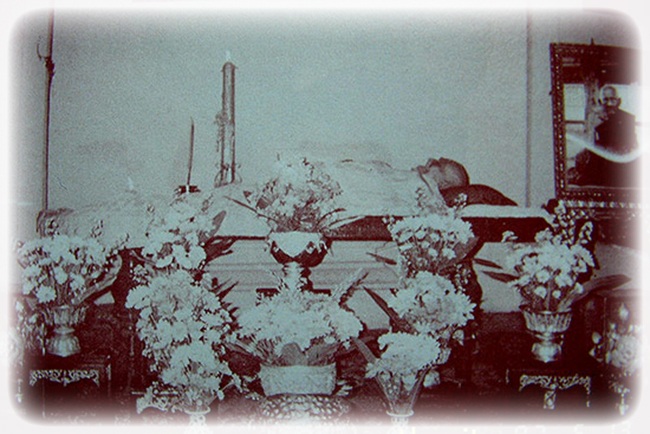